The end of my forgot-my-cell-phone saga at this year’s Pebble Beach Concours d’Elegance. It’s the crack of dawn and I don’t realize I don’t have my phone until half-way to Blackhawk Automobile Museum in Danville, CA where I am to take the “field trip” to the event. So I dash into a CVS pharmacy and buy two disposable cameras–yes they still have them. Processing of the film afterwards takes three weeks and the quality of the photos leaves much to be desired. So to the tune of $15 each for the cameras and another $17 each for the processing, I share the results herewith. 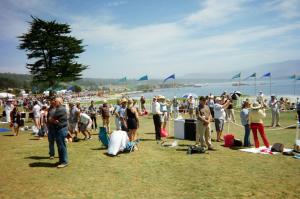 The view from the 18th fairway of Monterey Bay 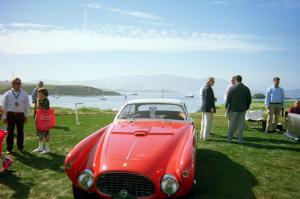 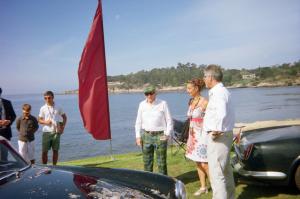 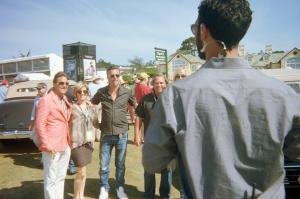 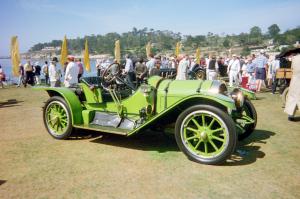 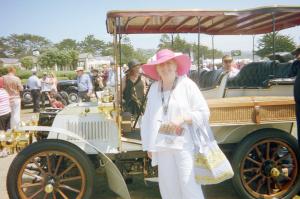 Who wore it best? Moi? 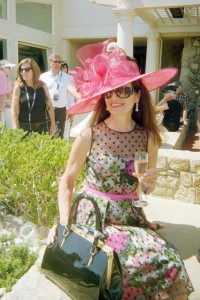 Or this stunning young spectator? 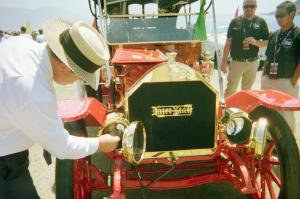 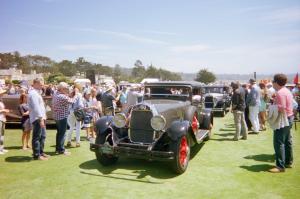 On the way to the awards area 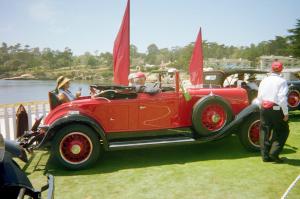 Wouldn’t you love a ride in this rumble seat? 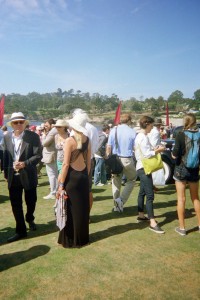 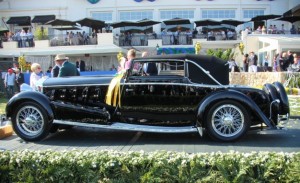 The Best of Show honor went to an incredible 1924 Isotta Fraschini Tipo 8A Cabriolet.

Life has it’s fast and loud moments and it’s slow and quiet ones. Sunday was one of those days. I ventured off on a field trip to the Pebble Beach Concours d’Elegance sponsored by the Blackhawk Automotive Museum, which entailed 15 hours of bus rides, dealing with my no-cell-phone phobia (warning to the ladies–don’t change purses for special events!), taking photos with two single-use cameras (yes, folks, they’ll have them back to me in 2 weeks, at which point both you and I will have lost interest in the event in question), 80 degree heat, and more glitterati wanna-be’s than you can shake a 5″ heel and Italian bared-chest at. 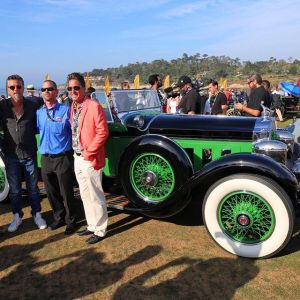 My daughter instructed me to take photos of any celebrities. How can I tell, I asked? They have a lot of people following them around, she said. So I see this film crew following a very tanned, slickly groomed, gold fettered, Hollywood-handsome gentleman, complete with entourage who were hustling to keep up with him as he glad-handed his way around the stunning classic cars on the 18th fairway. I took a photo–the one you can see in 2 weeks! Only later did I find out that he was Richard Rawlings of the edgy TV car show Fast and Loud. He strode about like a heat-seeking missile amid adoring fans begging for selfies. His on-the-hoof publicity stunt captured my attention for about 2 minutes. 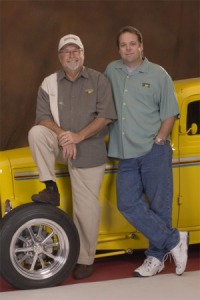 Hours later, after the Best of Show was announced, it took almost 2 hours for our VIP bus to make its way back from the parking area to the Pebble Beach Lodge to take us home. With sore feet and a furrowed brow, I took refuge on a white wooden folding chair in the shade near the Museum’s vendor space. Next to me were two fellow passengers whom I had not met on the way down. It turned out to be Gary Meadors and his lovely wife Marilyn. Turns out that Gary is CEO and Founder of Goodguys Rod and Custom Association, now run by his son. Their fabulously successfully association has tens of thousands of members and dozens of events worldwide for the enthusiastic custom car crowd. We chitchatted for much of that waiting time, enjoying the shade and the quiet that follows a major event, as the exhausted serving staff, musicians, and vendors wended their way home. We talked about our grandchildren–my four and their 12 year old twins, about their growing up on farms in the Central Valley of California, about the simple things in life. They were as down home and real as the American Graffiti world they came from. I’d had a difficult and bone-weary day and their interest in my life and well-being came as a welcome, soothing balm that wiped out every last smidgen of stress.

So, here’s the question. If I had to be stranded on a desert island (which Pebble Beach certainly can be when you’re not part of the glitterati gathered there), do I want to be rescued by Mr. Eyecandy or by two down to earth human beings? I’ll vote for the latter.

And not to be forgotten as a highlight of the day, a shout out to Joanne and Richard  from New Jersey. I was standing in line (forever!) to get lunch at The Tap Room at the Lodge and introduced myself, suggesting we join forces to get seated sooner. We had an absolutely lovely conversation over Kobe brie burgers and Roast Beef au jus. Proof that turning strangers to friends is as simple as a “hello”.