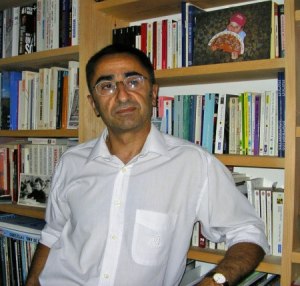 My first contact with Guy Benhamou was in the mid-1990s when he covered the Corsican situation for Libération, known as Libé, the French daily newspaper founded by Jean Paul Sartre and Serge July in 1973 in the wake of the protest movements of May, 1968. Originally an extreme left newspaper, it underwent a number of shifts during the 1980s and 1990s to take the Social Democrat position. At its peak in 2001, it had a circulation of about 170,000 and was the first French daily to have a website. Mr. Benhamou was kind enough to send me copies of all of his coverage, which I translated from the French, and wished me well in my endeavor to write [at that time a screenplay] about Corsica.

Prior to 2000, Mr. Benhamou conducted extended interviews at the request of Jean Michel Rossi and François Santoni, in which the two very frankly discussed the inside skinny on the paramilitary groups in Corsica and commented on the personal feuds, the corruption, and their own covert negotiations with the French State. By doing so, the two were breaking the island’s ancient code of silence, which they admitted they had punished others for doing so.

It was not surprising that in August 2000, Rossi and his bodyguard died in a hail of automatic fire as they sat outside a bar having their morning coffee. A chief rival was suspected but only imprisoned on other charges. Santoni realized he was living on borrowed time (having survived an assassination attempt in 1995) and became even more vocal, causing great embarrassment to his enemies. He even predicted his own assassination, which indeed did occur on August 17th of 2001 when gunmen invaded a wedding he was attending.

Even as recently at 2012, there were twelve assassinations related to the movement, which is now described by some commentators as being dominated by organized crime. 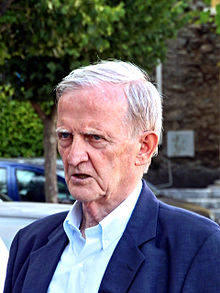 However, Corsican Nationalism in its purer political and social form is still alive and well on the island. Edmond Simeoni, now in his late 80s, described as the “Father of Nationalism” is one of the movement’s major inspirational voices. The Nationalists call for the political sovereignty of Corsica, partially based on cultural and ethnic differences between the island and the mainland, the promotion of the Corsican language (lingua corsa or in French Corsu) and its compulsory teaching in schools, the limiting of tourist infrastructure and policies promoting tourism, and in its place sustainable economic development, compliance with building permits and coastal law, and the recognition of political prisoner status for members of the Corsican nationalist movement including those who have committed acts amounting to common crimes. It is to these efforts that I dedicate my novel, especially the preservation and use of lingua corsa. 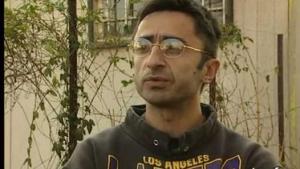 After the publication of Pour solde de tout compte, Guy Benhamou was himself the target of reprisals, a prime example of an attempt to kill the “messenger” that has played out so recently in such a tragic way in Paris at the offices of Charlie Hebdo. Guys home was strafed with automatic fire as is seen in this news video and he and his family were put under police protection. He continues as a journalist to this day but focuses on non-political reporting. My character of Pierre Benatar was inspired by Mr. Benhamou but not intended in any way to be a real-life portrayal of this famous and courageous journalist.