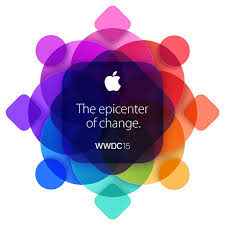 Yes…Grandma Karen screeched with delight when she heard the news. Grandson Ryan, age 15 and a freshman at Jesuit High School in Portland, Oregon, had been chosen along with 349 other students of all ages (thirteen and older) around the world to receive a scholarship to Apple’s Worldwide Developers Conference to be held in San Francisco June 8 – 12.

His winning entry involved making an app about his three currently available apps: 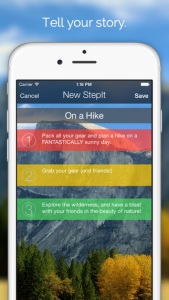 StepIt, an innovative way to say anything in 3 simple steps and share it with your friends.

Space Bandit, a delightful game for children of any age. Follow Ripley the raccoon on an amazingly-fun journey across time and space! Choose your rocket-ship and get ready to blast off into space. With 20 levels and counting, this pizza-filled adventure is a blast.

BuzzIt to build crazy-fast reminders on your Apple Watch. BuzzIt taps your wrist, allowing for fast reminders, even on the go.

But Ryan’s entry into the world of computers, programming, and app development started much earlier. For Christmas of 2008, when he was eight years old, I gave him Lego’s programmable robot Mindstorms.

Within a few hours, on his own up in his room, he had assembled and programmed his new creation and then made a video of it.

But that wasn’t the end of it. What better to do with a robot than to get it to do your chores. In the ensuing years he taught it to fold laundry…

…and even type his homework.

Lest you think he is only one of those young genius computer nerds, his stellar grades in all subjects, his knack for writing (coming from an early love of reading), his participation in cross country and track, and even his love for his Faith class belie that. I’d like to think I started him on his way, but it is his entire family (younger brother, Sam, excelling on his own and about to achieve his Red Belt in martial arts, Dad at Intel and a volunteer firefighter, Mom a science teacher, his other grandparents, and the rest of his extended family) that have been the village to nurture this young man from his precarious entry into this world in a NICU for a week until today and into what will be a bright future.