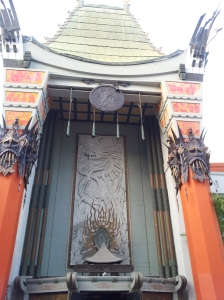 We made a brief stop on the way to Disneyland to show our friend from France Hollywood. It brought back memories of my own. How in the 3rd grade my mother moved us out to Beverly Hills, where we lived on the wrong side of Santa Monica Blvd in a white stucco duplex with a very shell-shocked Korean vet living upstairs. And how one time we went to Sid Grauman’s Chinese theater to see a movie and went ga-ga over the names scribbled in cement. On most Saturday afternoons the local theater on Wilshire Blvd was sufficient. My brother and I would take our quarters and buy a ticket for the original Rocket Man serial and a Hopalong Cassidy oater. I enjoyed seeing again the hand and foot prints of the stars that had been so much of my childhood and teens. 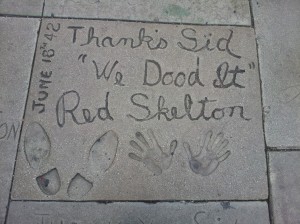 One of the first stars we watched on television. Black and white, of course. My mother was the last on our block to buy a television in 1955.

How handsome he was as a young man.

And how many times have you watched It’s a Wonderful Life. Enough to know every line of dialogue? 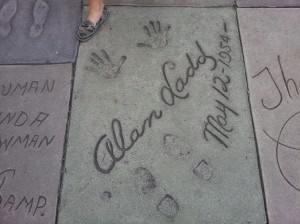 A very special memory at the Scripps medical clinic where my mother worked when I sat right next to my idol (having just seen him in Shane) and having him comfort me as I got all those needles stuck in my arm for allergy tests.

A bit later but definitely a heart throb with a fast car. 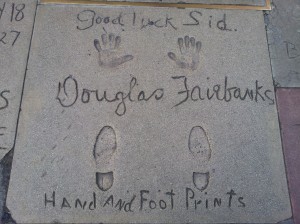 Mom’s favorite for sure! 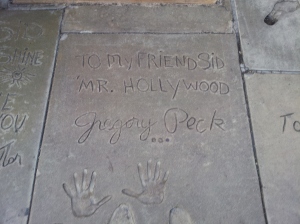 So much fun to see him down at the La Jolla Playhouse which was housed in my high school in La Jolla in its early years. We teen girls served as ushers and saw many of Hollywood’s greats do summer stock.